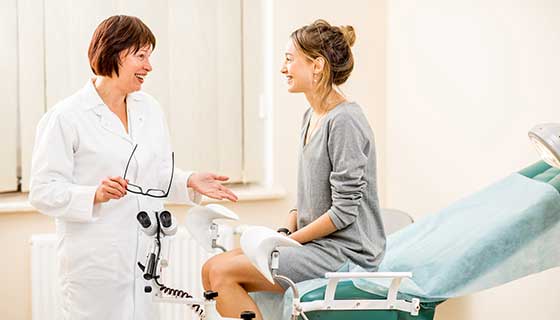 Gynaecological diseases are a broad category of illnesses and issues that impact the female reproductive system. It consists of many organs such as the vagina, uterus, ovaries, fallopian tubes, vulva, and others. Gynaecological disorders can interrupt everyday life in several ways and, if left untreated, can be deadly. Treatments for Gynecological Problems (Kerala, India) include therapies for almost every gynecological issue, from menarche through menopause. Ayurveda refers to gynaecological disorders as ‘Yonivyapad’ and the medications for which are considered safe and cost-effective. Ayurvedic remedies are administered after a thorough understanding of the underlying issues. Menstrual problems include amenorrhea (missed menstruation), dysmenorrhea (painful menstruation), and menorrhagia (heavy menstrual flow), all of which can be effectively treated with ayurveda treatment in Kerala provided the underlying reasons are recognized.

Basic natural remedies for gynaecological problems mentioned in Ayurvedic scriptures have a great medicinal significance that is often overlooked in this context. Ayurvedic gynaecological medicine is a speciality that addresses abnormalities of the female reproductive system. The most prevalent symptom of these disorders is menstrual irregularities. They are typically the result of hormonal imbalances that disturb the menstrual cycle.

The menstrual cycle is a good predictor of female health. It may also be used to determine the Ayurvedic constitution since each dosha has its unique menstrual cycle. Menstruation on time, no discomfort or stress throughout the menstrual cycle, a smooth flow, and balanced emotions are all indicators of excellent health. However, most women will encounter menstruation issues at some time in their lives as part of the natural cycle of life. Ayurveda promotes the practice of yoga and meditation to help you deal with stress. Another crucial aspect is regular exercise, which ensures the appropriate flow of blood and hormones throughout the body. These are the fundamental practices that Ayurveda suggests as part of painful menstruation treatment.

How to Cure Menstrual Pains with Ayurvedic Remedies? (Kerala, India)

For period pain treatment in Ayurveda, dietary adjustments are equally as essential as lifestyle changes. Drinking enough water is vital for preventing stomach bloating and muscular cramps. Vitamin D is another crucial element in reducing inflammation of the body which needs to be included as a part of the diet.

How to ease the pain of menstruation? (Kerala, India)

Women’s gynaecological problems, according to Ayurveda, are caused by an imbalance of the body’s Vata, Pitta, and Kapha constituents. These issues can be permanently resolved with Ayurvedic therapy. At Ishani Ayurveda, each individual is carefully evaluated before beginning any therapy. We provide specialised Ayurvedic therapy for gynaecological illnesses that takes into account the body type, nature of the ailment, and a variety of other aspects.

According to Ayurveda, natural Menstrual pain relievers include the following herbs:

Sweet fennel, Ginger, Cumin, Cinnamon, Fenugreek, Asafoetida
Boil the water with a tiny amount of any of these substances. The use of this water aids in the relief of menstrual cramps. According to research, these medicinal herbs have anti-spasmodic, anti-inflammatory, and analgesic properties.

PCOS is a disorder that is characterised by the occurrence of multiple tiny cysts in the ovary.
Polycystic ovarian disease (PCOD/PCOS) is a hormonal disorder that causes a range of symptoms in women. PCOS patients have enlarged ovaries, with clusters of immature follicles that resemble a bunch of grapes. As the follicles do not develop, no ovulation occurs, which might result in infertility.
Herbs, treatments, nutrition, and lifestyle modifications are all part of the Ayurvedic therapy of PCOS. There are several herbs that can help with the treatment of the illness. According to researchers, these herbs are effective in a variety of situations:

Ashwagandha
Ashwagandha is also known as Indian ginseng or winter cherry. It works well for regulating cortisol levels in the body. It also makes insulin resistance therapy easier. As a result, it can be used to help alleviate the symptoms of PCOS.

Cinnamon
Cinnamon, a spice obtained from the cinnamon tree, has shown to be quite useful in treating the condition. According to analysis, cinnamon is found useful in the treatment of insulin resistance. Another research found that cinnamon can successfully regulate the menstrual cycle in women with PCOS.

Turmeric
Turmeric is one of the most potent herbs that can be used to address a wide variety of ailments. PCOS is one such condition. Curcumin gives turmeric its yellow hue. It is anti-inflammatory in nature and is rich in antioxidants. Turmeric has been shown in research to be effective in decreasing insulin resistance in the body.

Mild menstruation problems are addressed using the same treatments like those used to balance the woman’s dominant dosha in Ayurvedic Treatments for Gynaecological Problems. The majority of gynaecological concerns are indicated by a delay or difficulties in menstruation. Menstruation-promoting herbs such as turmeric and saffron are commonly used in therapies to promote and control menstruation. Antispasmodics and herbs that have a beneficial effect on the nervous system, such as fennel, asafoetida, tapaswani, or valerian, are beneficial. When there is debility, special tonics for the reproductive system are necessary. Because blood loss commonly results in a loss of vigour, herbal tonics are essential supplements for the majority of women.

Fibroids
Uterine fibroids are non-invasive growths that begin in the uterine lining. They are also referred to as myomas or fibromyomas, in varying sizes. Because fibroids do not cause many difficulties, you may be unaware that you have one. Hormones that stimulate the uterine lining in preparation for the next menstrual cycle have been identified as the major cause of the formation of uterine fibroids. Another possible reason is genetic alterations in intrauterine cells.

Because each individual is said to have a unique constitution, Ayurvedic treatment for fibroid in the uterus is based on a root cause analysis of the patient. Ayurveda offers long-term therapy with very few negative effects. According to Ayurveda, uterine fibroids are often caused by Kaphadosha, which is associated with Vata and Pitta, hence it is critical to balance the vitiated doshas.
Ayurveda is a holistic medical approach that focuses on the use of numerous herbal medicines to remedy a condition. The Ayurvedic therapies for uterine fibroids attempt to strengthen the immune system and regulate the body’s hormones. This helps the ovaries to operate normally and, as a result, the uterus stays healthy.

Bacterial vaginosis
Ayurvedic therapy for bacterial vaginosis is the safest approach to eliminate its symptoms, such as vaginal discharge with a fishy odour because herbal medicines have been shown to be quite effective without creating any adverse effects. It is a form of vaginal inflammation caused by an overabundance of various bacteria in the vagina. Although the condition can affect any woman, it is most frequent among reproductive-age women.

Bacterial vaginosis is associated with KaphajaYonivyapath, according to Ayurveda. This infection occurs in this scenario owing to a Kaphadosha imbalance. According to scriptures, vata is the primary dosha responsible for the cause of all yoni roga.
As a result, any yoni vyapat, vaginitis treatment should be combined with vatasamana (calming) remedies. As a result, in this context, snehana, svedana, and mrdusodhana should be performed. Then, based on the extent of impairment of the individual dosahs, sthanikachikitsa (local therapy) in yoni such as parisheka, pichu, pralepana, abhyanga, and uttaravasthi (medicine installation through vagina or cervix) are prescribed.

Menopause
Menopause, also known as rajonivritti in Ayurveda, is described as the termination of ovarian function, which results in persistent amenorrhoea (absence of menstrual cycle). The start of menopause can be established if the monthly cycle is missing for a duration of twelve months. It generally manifests itself between the ages of 45 and 50.

Because each woman is unique, so are her menopausal symptoms and experiences. Menopause progression is influenced by lifestyle and stress levels, hereditary variables, and other major life events such as divorce in certain cases or the loss of loved ones, especially in the years leading up to menopause.

In Ayurveda, menopausal symptoms are seen as imbalances of the “three doshas” that occur as a natural and gradual effect of ageing. Menopause treatment in Ayurveda includes addressing dosha imbalance via nutrition, drugs, and internal cleansing or panchakarma procedures. Yoga and exercises performed concurrently will enhance the neurological system, cardiovascular system, and musculoskeletal system.

The symptoms of various gynaecological conditions differ. Doctors advise that if weariness persists, one should consider it a signal from the body. All of these issues need a thorough medical evaluation to rule out fibroids, polyps, and hormone imbalances. To determine the specific causes, hormonal tests must be performed. Medication and lifestyle modifications can help treat some diseases.