How DO YOU COPE WITH CROHN'S DISEASE? 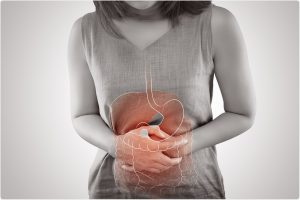 Crohn’s disease is an inflammatory bowel disease (IBD) that causes ulcers to produce persistent inflammation in the gastrointestinal tract (GI) tract. According to research, it has no cure, and the symptoms commonly recur throughout life. High inflammatory levels cause ulcers in the gut lining, leading to gastroenteric problems. Crohn’s Disease Treatment in Ayurveda in Kerala includes a variety of lifestyle, nutrition, and stress-relieving recommendations to identify and minimize the disease’s and symptoms’ sources.
Ayurvedic treatment in Kerala has been used to treat the symptoms. Ancient science recognized that symptoms were caused by a physical imbalance and worked to identify the disease’s core cause. After interacting with your doctor, you will be provided with an individualized treatment plan. They suggest detoxification programs, body therapies, Ayurvedic herbal formulations, and nutrition and lifestyle counseling.

Symptoms of Crohn's disease in males and females

Crohn’s disease can affect men’s physical and mental health in different ways. Some of the symptoms of this condition are discussed below:

● Sexual dysfunction
For various reasons, Crohn’s disease can lead to sexual dysfunction. Chronic inflammation in the body can result in hormonal changes, reduced sex drive, and perianal illness, which can cause discomfort and incontinence. Both can lower men’s confidence.

● Osteoporosis
Crohn’s disease raises cytokine levels in the body, which are tiny proteins that cause inflammation and interfere with healthy bone growth. Because corticosteroids can increase the risk of osteoporosis and other diseases, they’re used as a stopgap measure between therapies.

● Prostate Cancer Risk
The rectum, which sits adjacent to the prostate, is inflamed in many men with Crohn’s disease. Prostate-specific antigen (PSA), a protein produced by malignant and noncancerous tissue in the prostate, may be raised due to this localized inflammation; elevated PSA levels can suggest prostate cancer.

Depression is one of the main symptoms of Crohn’s disease. has. In addition, males with this disease are more prone to anxiety and sadness, particularly during flare-ups.

Crohn’s disease flare-ups can affect hormone levels, nutrition, and stress, all of which play a role in the menstrual cycle. This disease causes inflammation, which can interfere with hormone function. Other frequent symptoms like diarrhea and loss of appetite might affect the body’s ability to absorb nutrients.

Females with this disease are more likely to develop an iron shortage than women without the disease. This could be caused by gut bleeding or a lack of iron absorption. In addition, since a heavy menstrual cycle can impact iron levels in the body, a woman with heavy periods may be at risk of iron insufficiency.

Women with Crohn’s disease have the same fertility rates comparable to the general population. However, if the disease is active or if a person has just had surgery to treat it, conceiving may be more challenging. If you have Crohn’s disease and want to start a family, talk to your doctor before, because some treatment options can compromise fertility.

Women with Crohn’s disease can feel dyspareunia sex-related pain. If a person has discomfort during sex, it could be a sign that the disease is active in the digestive tract area that surrounds the anus or vagina. It could potentially suggest the presence of a fistula. A fistula is a small aberrant conduit between two internal organs, the bowel, and intestine.

Crohn’s disease of the small intestine

Chrons, according to Ayurveda, are associated with Grahani illness. Grahani is an anatomical word for the small intestines, specifically the Ileum and Jejunum. Any inflammation of this region caused by excessive Vata, Pitta, or KaphaDoshas can produce various symptoms, including Crohn’s disease, anywhere in the digestive system. The severity and form of symptoms differ depending on the doshic involvement and predominance. Mandagi, which implies poor appetite and digestion, irregular, irrelevant, or incompatible diet habits, and more junk food, are the key reasons for this Grahani sickness. Pathya in a few digestive illnesses, including irritable bowel syndrome and post-diarrhoea, is also one of the main causes.
In Ayurveda, the treatment focuses on the Agni Deepana (Stimulation of appetite). Oushadha has properties such as Panchana (directly digest ama), Grahi (digestive and retain food-formulations are useful in diarrhea and lack of appetite), Vranaropana (healing of ulcers, drugs and formulations with wound healing properties), Stambhana (formulations that stop movement or elimination, when there is diarrhea with blood in normal appetite), and Vranaropana (healing of ulcers, drugs, and formulations with the wound.

1. What is the healthiest diet for a Crohn’s disease sufferer?
These foods will keep you hydrated and healthy: Unless you have an ostomy, intestinal narrowing, or your doctor instructs you to continue on a low-fiber diet due to strictures or recent surgery. Eat fiber-rich foods like oat bran, beans, barley, almonds, and whole grains.

2. What causes Crohn’s disease in the first place?
The main causes of Crohn’s disease are yet to be identified. However, the following things may enhance your chances of having the disease: Autoimmune disease: Bacteria in the digestive tract may cause the body’s immune system to attack your healthy cells.